I’m Nick Francis, producer and host of Quietmusic. I currently live in the Seattle area with my wife Sharon, and have recently retired from a long time position as the Music Director of KNKX-FM, a successful public radio station serving the Pacific Northwest with Jazz, Blues, and NPR News. I also supervised programming for Jazz24.org, one of the most popular jazz streams online.

Quietmusic is a weekly radio show that began in 1994 on KYOT-FM/Phoenix; the show became nationally syndicated in 2000 and aired in many cities and towns across North America. The syndicated show ended in January 2009; the KYOT program finally ended in August 2011. Since then, the show has been broadcast exclusively online.

There will be plenty of music to listen to on this site, so stop on by often. Each week, I post a nice 45-50 minute sample of music, based on that week’s three hour show (via the great U.K. website Mixcloud), and if you want to get the full 3 hour show delivered to your email inbox every week, you can sign up for a subscription to Quietmusic PLUS, which costs $5/month.

How did this show come about? Once upon a time, almost 40 years ago, I started DJ-ing at a very cool eclectic music station in Santa Fe, NM. (KLSK). Because I was just starting out, my first air shifts were at night, usually from 8pm-2am, with one interminably long overnight shift starting at 11 on Saturday night and going to 8am on Sunday. The station’s music mix was primarily instrumental, and covered a wide palette of styles – jazz (both contemporary and traditional), classical, folk, light rock, mellow R&B, and a type of music later referred to as “new age”. With an amazing library of music at my disposal, I got to mix all kinds of music, and was often thrilled to find many combinations of seemingly different styles blend together seamlessly.

That interminably long overnight shift led to a breakthrough of sorts. Every week, by 4am, it became a major challenge just to stay up and function without falling asleep. But like clockwork, just when I thought I was totally wasted and not even able to think straight, I would get my “second wind” at about the time just before sunrise. I could see the Sangre De Christo mountains come into view through the window of the studio, the early morning light was beautiful, I could really feel some magic to the beginning of the day…and for some reason, I would pick out the most quiet, peaceful, contemplative, and compelling music in our library, and play it from 5am or so, until the end of my shift. I rarely got phone calls at night; but when I started to spin the quiet stuff in the morning, the phone would just light up! And people were actually starting to tune into the station specifically for that “Special Feeling”. There was something about that particular time that hit me….and others…deeply. Some of the music you’ll hear on Quietmusic goes back to those days. Anytime I hear Michael Hedges, or Vollenweider, or Liz Story or Pat Metheny – I feel those early mornings in Santa Fe as if they were yesterday.

A few years later I landed an amazing job, as the first music director of KKSF in San Francisco. It was then that I convinced my Program Director to run a Sunday morning program, in the spirit of my early days in Santa Fe. The show, called Sunday Morning, ran on the station for over 20 years. And when I arrived in 1994 to program KYOT, I decided to do the show and host it myself. I called it Quiet Moods. The show became the #1 Sunday Morning show in Phoenix, and my wife, more than anyone, encouraged me to consider expanding the show nationally.

In the Fall of 1999, I bought a computer, some audio hardware and software, and set up my own Digital Audio studio. By the following summer, I got started with a syndicated version of the show, (now called Quietmusic) under the aegis of my own production company. The first official national Quietmusic program aired on July 16, 2000. One year later, I signed an arrangement with WestStar Talk Radio Network, who were the exclusive national marketer and distributor of the show. The program aired in many cities and towns across North America for the next eight and a half years.

After the syndication deal ended, the show continued to air on KYOT/Phoenix, until September 2011.

So here we are today. And the music continues. Thanks so much for your interest in my work. Keep listening!

A Weekly Radio Show. (Relax. Chill. Turn Up The QUIET.)

If you value the time you spend listening to Quietmusic, then become a member of "Quietmusic Plus". my weekly email newsletter. For $5/month, you'll receive the full three hour show in your email inbox each week! Your subscription and patronage keeps the show alive and is much appreciated! 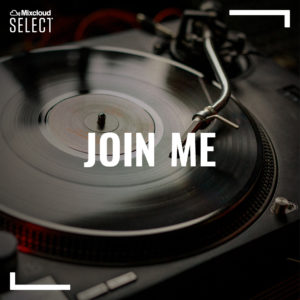